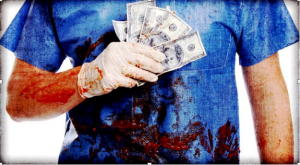 How could the world be indifferent and not know for 21 years about such a violent, drawn out, massive campaign that aims at ‘eradicating’ 100 million people for their dedication to a popular meditation and exercise practice that helps improve your body and mind and moral character? That’s what we all need to think about — the nefarious practice of a government that can kill its own peace-loving citizens and have the gumption to cover-up.

It is only because of the anti-China sentiments running high after the pandemic has affected every country in the world, that this evil practice after almost two decades is being fully exposed to shock the world

The investigation also included recorded phone calls — something like a sting operation — in which callers asked officials at Chinese institutions about obtaining a kidney or a liver for a relative.

“Probably our most damaging evidence for the government of China is the conversations that some of their officials in jails, and hospitals, and even one of the courts, had with people . . . about how they could get organs from Falun Dafa practitioners,” Mr. Kilgour said.

“The person will say yes…in one case, they said, we’ve got five or six of them here available, and they’re in their 30s, and they’re male, so come and sort of pick one out.”

A Landmark Decision in 2020 by the U.S Secretary of State Michael Pompeo

In the statement published on the U.S. State Department website, Pompeo condemned the CCP’s attempt to eradicate Falun Gong, a spiritual practice based on the principles of Truthfulness-Compassion-Forbearance. He said that Falun Gong practitioners are peaceful and have been striving for the right to practice their belief in China. Extensive evidence points to the CCP’s brutality against practitioners over the past 21 years.

An Advertising professional writes blogs on various topics ranging from health and spirituality to technology and sports.
Did you know the whole world collaborated with Xi JInping to spread the pandemic? And they are doing it again! China covers up again the 2021 second wave of a possibly more lethal virus