When it comes to human rights abuses, no other country in the world flexes its muscles with such aggression and callousness as China. From the Mao era to this day, the people of China do not have a sense of what true liberty is.

One of the most sinister regimes on this planet is undoubtedly the Chinese Communist Party (CCP). People in Mainland China do not enjoy the basic freedoms that those who live in democratic countries do. The fundamental rights to freedom of belief, association and expression are all absent in China.

Over the past 100 years people of all faiths that include Christians, Muslims, Tibetans, and Falun Gong practitioners have faced persecution at the hands of the Chinese Communist Party (CCP). Falun Gong also known as Falun Dafa is an exercise and meditation practice that consists of five gentle exercises and adhering to the principles of truthfulness, compassion, and forbearance.

Followers of Falun Dafa have been subjected to various forms of abuse that include imprisonment, forced labor, psychiatric abuse, and even being killed for their organs. Live organ harvesting is probably the worst genocide in human history that continues to be underreported to this day.

While the recent persecution of Uighurs is making headlines across the globe, the persecution of Falun Gong is highly censored as the governments of various countries face pressure from the Chinese regime in bringing it out due to political and economic interests.

Did you know that defenders of human rights are made to disappear in China?

Human rights lawyers and defendants are the forefront when it comes to protecting the fundamental rights of individuals as human beings. However, that is not the case in communist China as they continue to be charged, detained and tortured under the guise of national security concerns. 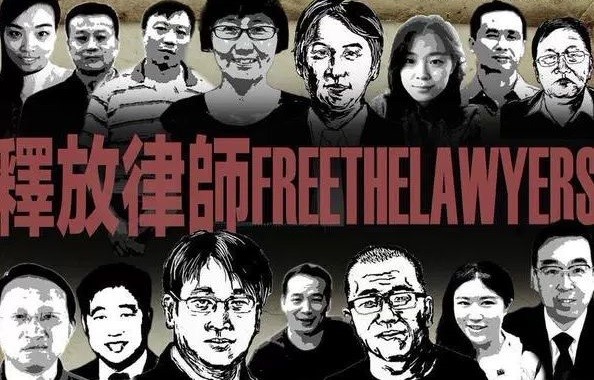 In her statement, which was endorsed by seven other UN rights experts, Lawlor pointed to the recent arrest and “enforced disappearance” of activist and attorney Chang Weiping as emblematic of Beijing’s efforts to silence lawyers who speak out about the deterioration of human rights in the country.

The lawyer, she said, was placed by security officials in Baoji city in a form of secret extrajudicial detention typically used against dissidents, known as “residential surveillance in a designated location” (RSDL), for 10 days last January.

He was held on suspicion of “subversion of state power” and his license was annulled, she added.

Just days after he posted a video online in October describing the torture and ill-treatment he was allegedly subjected to during his detention, he was detained again and returned to RSDL in retaliation for his video.

“Since then, the defender’s whereabouts remain unknown, his lawyers have been unable to contact him and no charges have been brought against him,” the statement said.

Lawlor slammed the “shocking display of disregard for human rights” shown by the authorities, who have re-arrested a human rights defender for courageously sharing his experience and denouncing human rights violations.

“The fact that the lawyers initially hired by Mr. Weiping’s family to represent him have both withdrawn from his case due to pressure they received from officials is also telling of the gravity and scale of the situation faced by human rights defenders and lawyers in China.”

“Fundamental human rights are not a threat to any government or society, and neither are the individuals who defend those rights,” she added.

She urged the Chinese authorities to release at once Chang Weiping and all other detained and disappeared human rights defenders but unfortunately it falls on deaf ears.

An Advertising professional writes blogs on various topics ranging from health and spirituality to technology and sports.
It’s not China but the Chinese Communist Party that’s a threat to India and the world