Who was Behind the Mysterious Disappearance and Reappearance of International Star Fan Bingbing?

The internationally-renowned Chinese actress, Fan Bingbing, mysteriously disappeared from the public eye for four months in 2019. A Chinese news report stated that authorities were investigating her and had barred her from leaving the country. That report was soon deleted, quite possibly pulled by state censors. Social media posts questioning her disappearance were also removed.

Who was behind the mysterious disappearance?

The most obvious answer is Fan Bingbing’s stardom and cultural and financial power dwarfed the popularity and stature of Chinese president Xi Jinping and that’s precisely the problem.

She had been detained by the Chinese Communist Party which was investigating her for tax evasion, and nobody knew if it was trumped up charges. Underneath the surface accusations of tax evasion and extravagant excess, there was another angle of a subtle power struggle between the actress with powerful financial clout and the Chinese Communist Party’s strongman leader.

Fan has been the face of Adidas, Louis Vuitton, and Moët, selling everything from lipstick to diamonds. Her fame caught the attention of Hollywood and she had roles in the Iron Man and X-Men franchises. She was slated to begin filming an international spy thriller alongside Jessica Chastain, Marion Cotillard, Penélope Cruz, and Lupita Nyong’o.

Since breaking into the film industry 15 years ago, Fan had become an icon. That’s dangerous to the Chinese Communist Party, and of course, her gender only compounded the problem.

What is the Chinese Communist Party’s Vanishing Trick?

The disappearances can target high-profile personalities and also people from different walks of life: human rights lawyers, corrupt officials, officials who are targeted for political reasons, book-sellers who publish material that angers party leaders, prominent people who fall foul of the party for one reason or another, and yes how can we forget the Coronavirus critics who disappeared?

Michael Caster, a China researcher and author of ‘The People’s Republic of the Disappeared’, told the ABC that while true numbers are impossible to calculate due to the secrecy of the process, he estimates the numbers are “easily in the several hundreds”, in addition to “upwards of a million Uyghur and minority group members”.

Despite how it may look to the wider world, loyalty to the Communist Party, and to President Xi Jinping, must come first.

A few months ago China launched what appeared to be an orchestrated campaign, when more than 280 human rights lawyers and activists – along with their associates – were summoned, detained or just disappeared.

At least 29 of them are believed still to be in custody including Li Heping, one of China’s best known civil rights attorneys.

Mr Caster said most detentions included “extreme physical or mental abuse raising to the level of torture”, with the main goal being to obtain a forced confession.

These instances “show just how fundamental such enforced disappearances have become to governance in China under President Xi”, says Michael Caster, a researcher and author of ‘The People’s Republic of the Disappeared’.

While Fan Bingbing and Jack Ma’s disappearance triggered a wave of international attention, forced disappearances are nothing new in China.

Even, Chinese Billionaire Jack Ma could not escape the net

During a speech at a financial forum in Shanghai, Mr Ma blasted the country’s financial watchdogs, saying that “China’s financial sector basically doesn’t have a system” and Chinese banks operated with a “pawnshop” mentality. 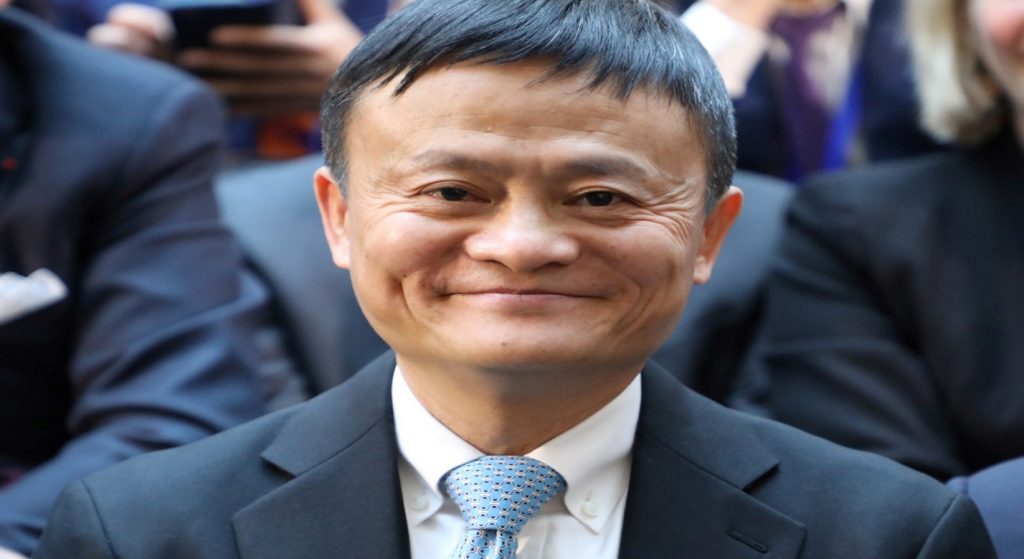 Ant Group is China’s biggest payments provider, and its IPO was described by some as the world’s largest.

Richard McGregor, a senior fellow from Lowy Institute and author of Xi Jinping: The Backlash, told the ABC Jack Ma’s case was significant both commercially and politically.

He said those detained could be held for a few weeks, months or much longer. Occasionally they don’t come back at all.

What happens to those who vanish?

There is a method to the madness of Disappearance and Reappearance of people. It depends on the purpose of the interrogation, and may well also depend on what kind of person it is: a grassroots activist, a human rights lawyer, a high-level party official or a celebrity.

With the Falun Gong group where this draconian law has been enforced for 22 years since the Persecution started in 1999 the transformation or reeducation process are efforts to coerce adherents into signing three statements as proof that they have given up their belief in Falun Gong. The statements must assert that the practitioner feels “remorse” for practicing Falun Gong, that he or she promises to give up Falun Gong, and that he or she will never again associate with other Falun Gong adherents or go to Beijing to appeal for Falun Gong. Practitioners are told that if they sign the statements, they will be released, but if they refuse, they risk torture and indefinite imprisonment.

Lawyers who fight for persecuted Falun Gong practitioners are often arrested and disappear. Gao Jisheng disappeared without a trace and later imprisoned.

Why the confessional statements do not ring true

Whatever happens in detention, those who vanish invariably reappear confessing their guilt and offering their heartfelt apologies. Fan Bingbing’s apology reads: “I shouldn’t have lost my ability to govern myself in the face of economic interests, leading myself to break the law,” and, more alarming, that “without the great policies of the [Communist] Party and the country, without the love of the people, there would be no Fan Bingbing.” Even if we are to believe that she wrote that apology herself, it was almost certainly produced under coercive circumstances at the government’s behest.

A confessional statement from Jack Ma is even more incredible. In a confessional statement Jack Ma did not speak in his usual flamboyant style but using language that is in line with [President Xi Jinping’s] policy priorities, said he’d focus on his company’s commitment to rural revitalisation projects. It is apparent that Jack Ma’s wings are clipped.

The Beauty that got away

Anastasia Lin born in China, but living in Canada was chosen twice to represent Canada in the Miss World competition, but Lin was blocked from entering the country by Chinese authorities, according to the New York Times. Lin was again a finalist in the Miss World contest, which in 2016 was in Washington, D.C. She was not allowed to talk to reporters without risking getting kicked out of the pageant. Since Lin was in a movie, The Bleeding Edge, she was blocked from attending the U.S. premiere.

China’s hesitation is due to the fact that Anastasia Lin is a vocal supporter and an adherent of Falun Gong, a meditation-based spiritual practice that amassed tens of millions of followers until 1999 when it was branded a “heretical organization” by the Communist Party. After China put a ban on the practice, many of the followers were alleged to have been jailed without trials and even tortured.

The Chinese government has not left out any trick to stop Anastasia from going to the world media. None of this has truly kept Anastasia Lin silent. She has found other platforms for her advocacy and the spotlight on her only seems to be getting bigger as the attempts at censorship get more aggressive.

Trying to silence people is a huge human rights violation and the world should come together as one to oppose and put a stop to it. But China’s high profile promotion of itself as a successful model attracts the attention of many countries and China’s willingness to provide inducements and funding for infrastructural transformation certainly silences all those countries that are looking for aid, and also critics of human rights abuses in China.

China’s experiments with digital surveillance pose a grave new threat to freedom of expression on the internet and other human rights in China. With China’s surveillance know-how and equipment now flowing to the world, critics warn that it could help underpin a future of tech-driven authoritarianism, potentially leading to a loss of privacy on an industrial scale. Often described as public security systems, the technologies have slowly turned into tools of political repression.

Most people in China at some time or another have been compelled to take membership with the Chinese Communist Party. Mass killings during the Cultural Revolution, the Tiananmen Square massacre and the long-drawn persecution of Falun Gong practitioners made people realize the evil designs the communist party had on the common man. As a result, people, in order to be free from the clutches, have slowly started withdrawing membership from the party. As of now, more than 383 million Chinese people have quit the Party and its affiliated organizations and the number is rising daily.

An Advertising professional writes blogs on various topics ranging from health and spirituality to technology and sports.
Can we ever forget the horrors of the night of 20th July 1999? Believe it or not, they are striking at the heart of India!