Republished | Top ten street foods that you must try in Bombay

Bombay- the city that never sleeps, the city with an insatiable appetite for dreams, the city with a pulsating vibe. This fantastic city grows on you, becomes a part of your soul and the culture runs through your veins, as it makes you its own. I love Bombay, my gluttonous appetite is whetted by its extensive variety of street foods offered, becoming a food lovers paradise.

Top ten street foods that you must try in Bombay

1. Vada Pav: The quintessential dish of Bombay, the dish bringing the rich and poor alike, together, as far as taste goes. In spite of the fact that Pav remains as the staple fixing in a considerable lot of the snacks here, Vada Pav has emerged as victorious, thanks to its affordable price, availability in every corner, and delicious taste. Vada is a flavoured and spiced potato patty, deep-fried in oil, coated in a deliciously seasoned chickpea batter. Sandwiched between the Pav, this crispy patty is served with a fiery, tart green chutney, and a sweeter red chutney. A dry chutney made with garlic and red chilli is sprinkled perfectly on the patty or Pav, giving its taste another dimension, altogether. It is served with fried green chilly which is slit and tempered with black salt (This is my favourite part). There is nothing like having a Vada Pav with cutting chai, in an authentic, local style.

Two of the most popular places are Ashok Vada Pav in Prabhadevi, Anand Vada Pav in Ville Parle 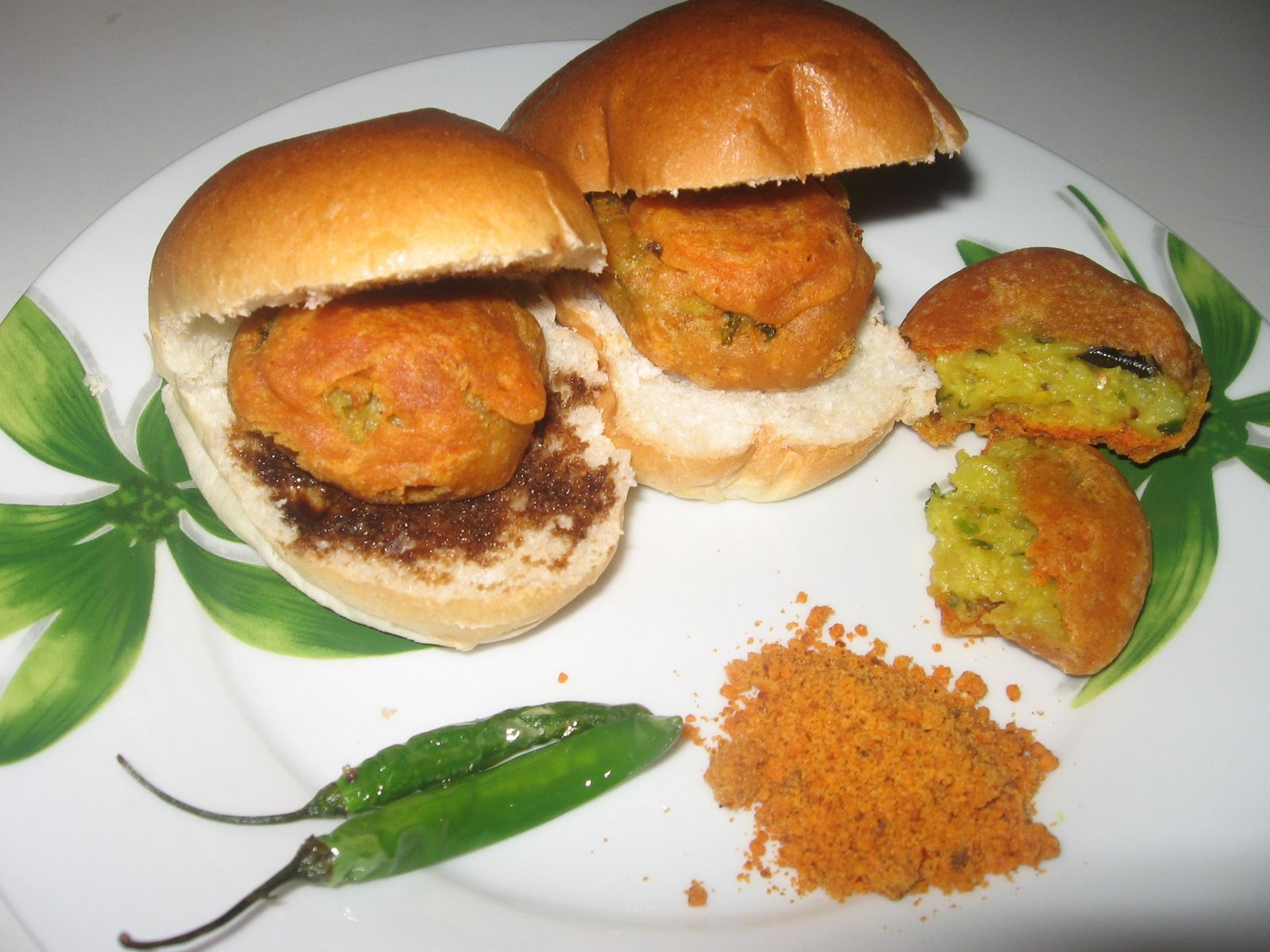 2. Misal Pav: Another favourite of mine, and an extremely popular Maharashtrian dish. Misal Pav is a concoction of various flavours and ingredients. A spicy, tangy, well flavoured vegetable broth in fiery red, which is accompanied by freshly made Pav. The intense, flavoursome curry is then topped with freshly diced onions, lime, fresh coriander, and farsan. The toppings add a beautiful crunch and freshness to the curry, and this makes it a perfect dish to begin your day with. 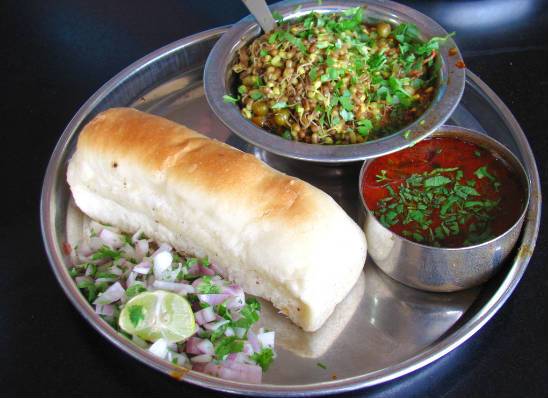 3. Bun maska and Chai:Another staple, yet incredibly popular Maharashtrian dish, a comfort food for your indulgence. Nothing compares to the subtlety of this simple, yet lovely dish. A freshly baked, warm bun smeared with butter all over, for that creamy texture, accompanied by piping hot, cutting chai(Mumbai style). This is something you can have whenever, wherever, between suppers, or for a snappy and light bite. It’s perfect!

Try Jimmy Boy on Bank Street for some authentic Parsi and local dishes. 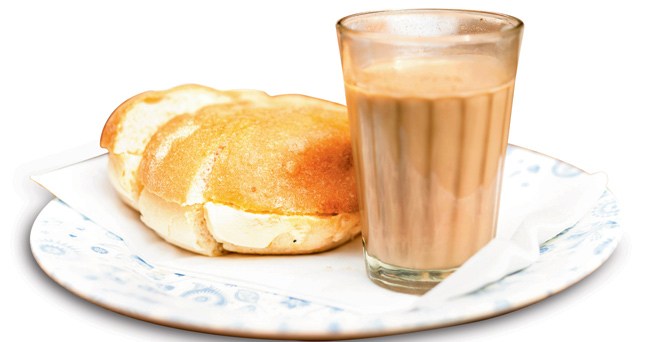 4. Bombay Sandwich: Sandwiches are extremely popular in Bombay, and these are simple, loaded with flavours, packed with nutrients and proteins, yet unlike the sandwiches you will get anywhere else. There is something exceptional about the sandwiches which are crisply arranged in relatively every market in Bombay, where every vendor will add his/her uniqueness to it. You’ll be spoilt for choices with the variety of generously stuffed vegetables like boiled potatoes, onions, tomatoes, beetroot and more, topped with fresh grated cheese, and then toasted in a generous spread of butter on both the sides. Throw in a little green or red chutney, and the sandwich with its melting flavours, is incomparable, leaving you satiated and wanting for more.

Try the Gupta sandwich centre in Navi Mumbai or the one in Mithibai college. Another two of my favourite places are H Paramesha food court in Fort, Raju stall in Churchgate. 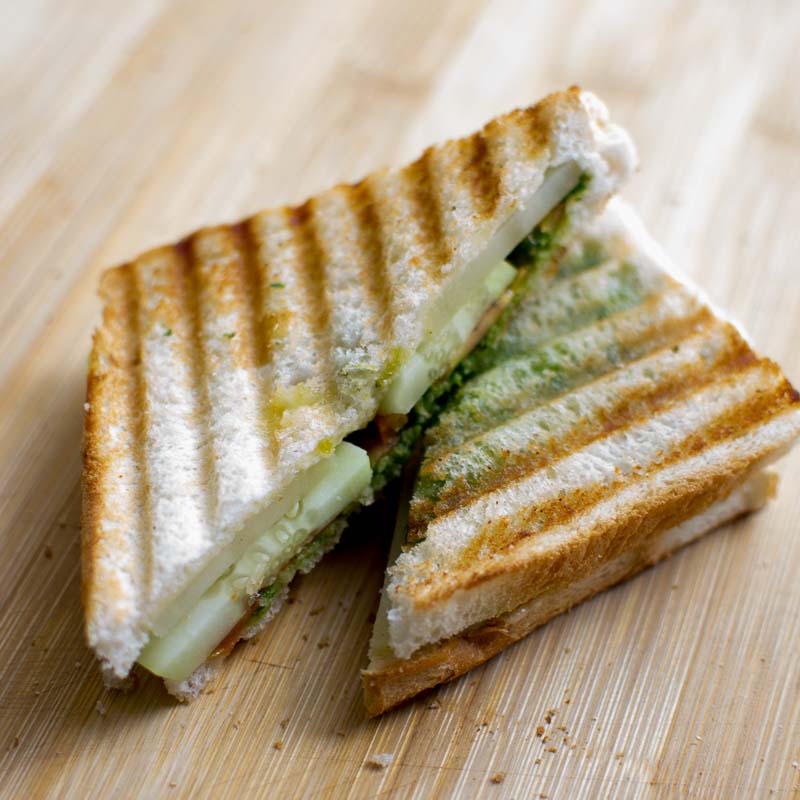 5. Frankie/Rolls: My love for rolls have accompanied me since my childhood, and I always have space for a hot, delicious roll, regardless of how topped off I am. For a foodie like me, Bombay has an extensive variety of Rolls/Frankies, to whet my appetite or feed my indulgence. From vegetarian to non-vegetarian, Indian to Chinese style, Bombay is on a roll for experimenting with fantastic flavours and styles for its people. The assorted variety is something to suit every food lovers palette, and is bound to take you on a gastronomical ride.

A few of my favourite ones are: Bademiyan, Ayub’s in Fort, and BreadKraft in Lokhandwala. 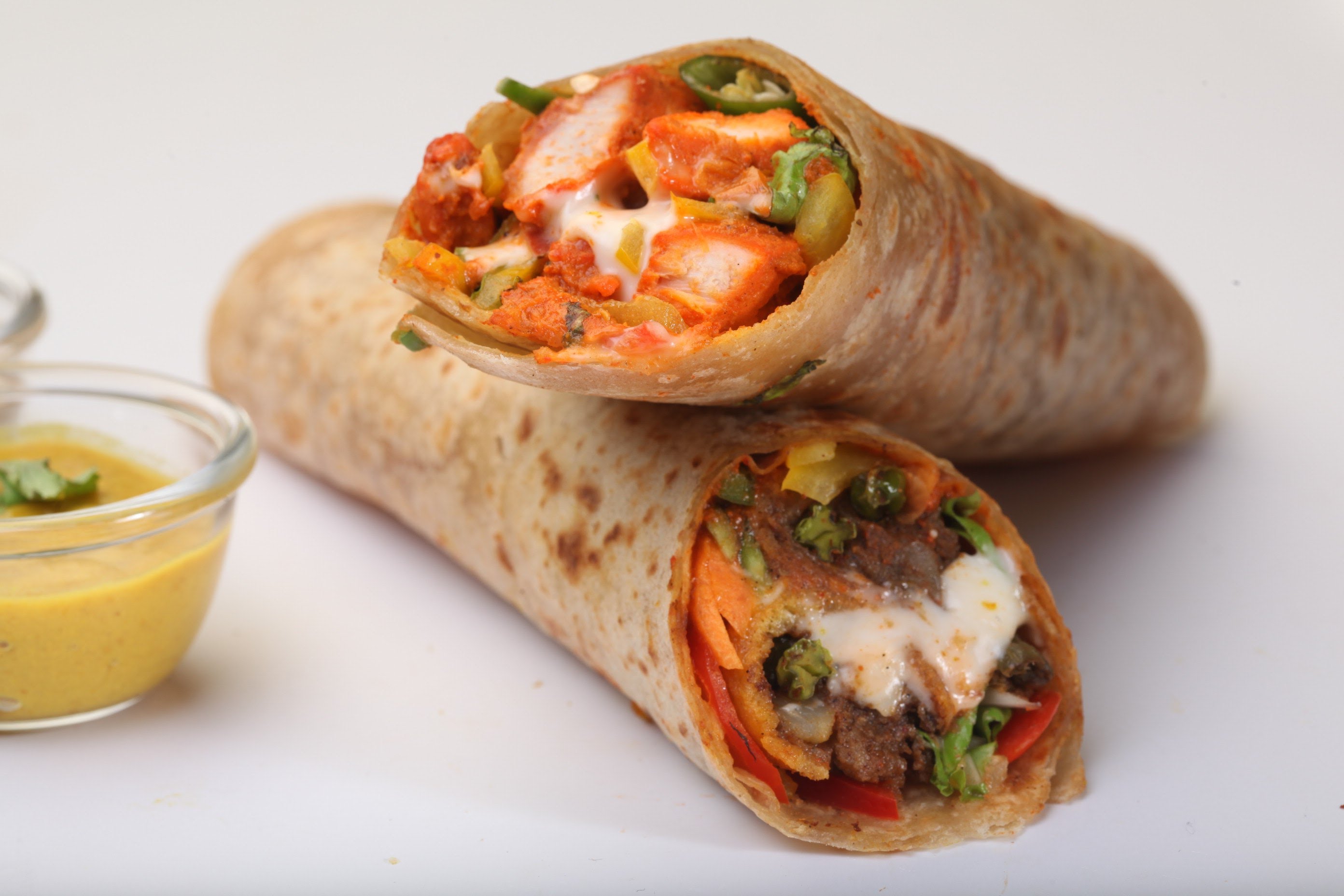 6. Bombay bhel: This is a perfect snack to munch on, crunchy and refreshing, and Bombay makes bhel like no other. A simple dish with such humble ingredients, when prepared although, make for one of the tastiest quick snacks. Puffed rice with freshly diced onions, tomatoes, green chillies(according to your preference), tamarind sauce are tossed in together with crunchy sev and some freshly crumbled Papri is thrown, to make a perfect melange of freshness and deliciousness. Then, freshly cut coriander is sprinkled with a zest of lime, and this drool-worthy snack is ready to satiate your cravings.

Try the Bhel at Juhu Chowpatty

7. Pani Puri: There is no love sincerer than the love for Pani Puri. Known by a variety of different names in different states in india, where every state adds its own uniqueness, love, and flavour to it, making it one of the most popular snacks, not just in Bombay but rather the entire India. Pani Puri in Bombay is prepared with Boondi, and spicy green or sweet tamarind chutney. When the beautiful, golden, crispy Puris are filled with boondi, topped with chutney and then dipped in the tangy and spicy, flavoured water, and when it goes into your mouth, you thank the heavens for this beautiful, incomparable dish. Almost everyone, after having Pani puri, can not have enough of it, and craves for some more of that tangy, spicy water. But, my favourite part about eating Pani puri in Bombay is, the masala puri that you get for free afterwards :D. The vendors will give you a dry puri filled with the boondi mixture topped with onions, tomatoes and coriander, with some chat masala sprinkled on top of it. It is delectable and unlike anything else. 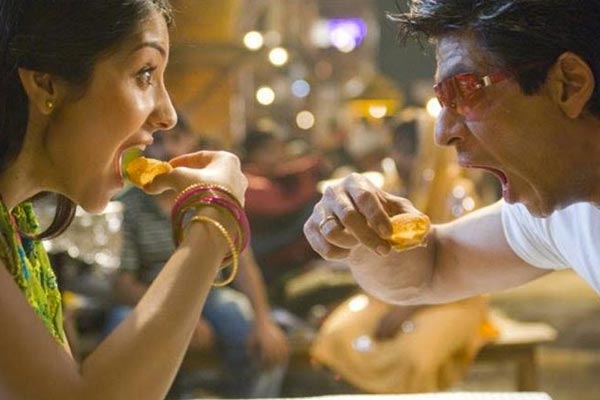 8. Ragda Pattice: I remember when I had first arrived in Bombay, I went to the Juhu chowpatty to try out the street food I had heard so much about. The various stalls, preparing an assortment of hot and delicious street foods, was enough to make me drool and arouse my cravings. I had never had Ragda Pattice before, and it looked very tempting so I tried it. This dish is prepared with a boiled and mashed potato patty which is fried in cornflour batter, to give it an extra crunch. The golden, crispy patty is then dunked in white peas gravy(Ragda), which is cooked and tempered with onions, tomatoes, and other indian spices. The dish is then garnished with diced onions, tomatoes, sev, fresh coriander leaves, chaat masala, black salt, and roasted cumin powder. The dish is hot, tangy, flavoursome and delectable in each bite. They also have cheese Ragda pattice, which will be loved by all the cheese lovers like me. I mean potato and cheese are a match made in heaven, right 😉

Try it at Juhu Chowpatty 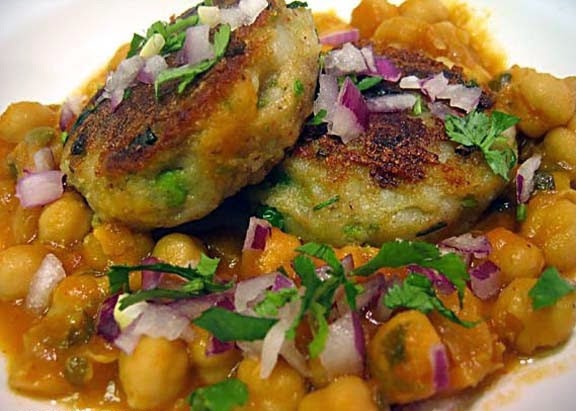 9. Baida roti: A non-vegetarians delight, this makes for a perfect and scrumptious whole meal in itself. Imagine the goodness of Egg roll and chicken or mutton together. It’s a combination to die for! Baida roti is another incredible, and prevalent dish with the locals. The Egg roll is generously stuffed with minced chicken or mutton, which are stacked with beautiful spices to give you a burst of flavours in your mouth with every bite. Warm, fresh, flavoursome, and each mouthful of that splendidly prepared chicken/mutton melting into your mouth. It is something you must experience while here in Bombay.

Try this at Mohammed Ali Road 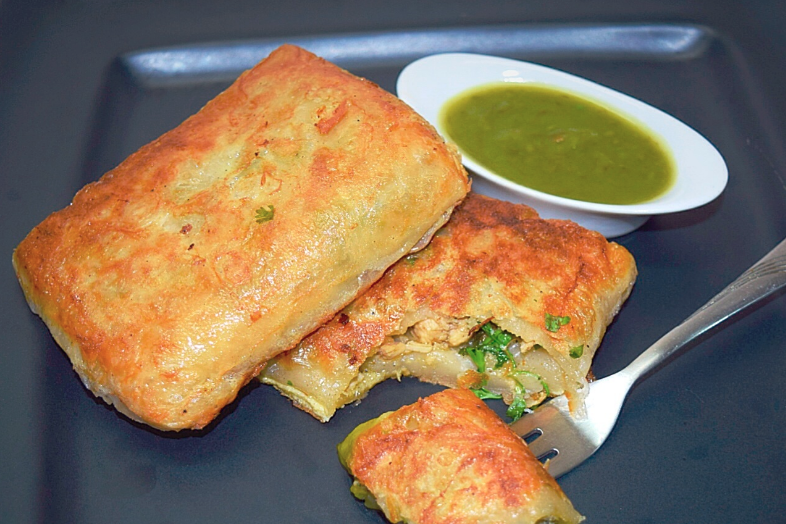 10. Poha: Poha is another popular and a staple Maharashtrian dish, wherein rice flakes are soaked and cooked with humble ingredients like potatoes, groundnuts, and cashews(if you like) , and tempered with mustard seeds, fresh curry leaves, and a few indian spices. Sprinkle fresh lime, once cooked, to give it that refreshing, tangy flavour. Simple, quick and delicious. 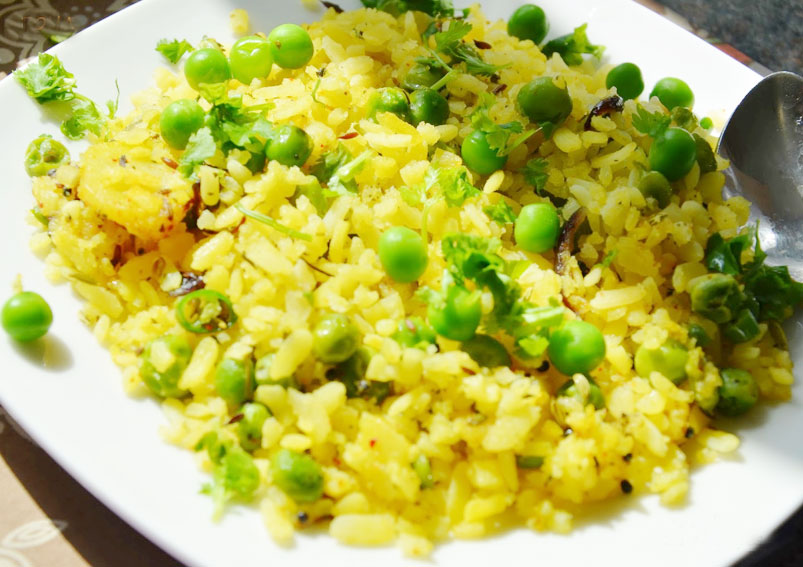 My passion for food and travel aptly define me. I began blogging a while back and have not looked back since. Traveling sets my spirits free, and my love for food takes me miles. Apart from traveling and exploring new cuisines and eateries, cooking, I love to engross myself in a good book and forget the world. Soulful music and occasional art define another aspect of my personality. I am also a movie buff and love to watch plays in a theater whenever I can. -Saakhi Srivastava
What happened to the Tank Man? Republished | Exploring Dubai (Part 1) | Food Culture