Exploring the Food Culture of Canada

Canada is a cherished country around the world. The country boasts of its different cultures spanned across hectares of land. The culture of this country differs from demographic to demographic. Canada has a vast portfolio of outcomes, whether it is the kind of people, profession, climates, and food. Very inclusive in its culture, Canada has not just stayed true to its core food but has amalgamated various customs of the world into it. Many people come to Canada from different parts of the world to experience the menus across its cities.

Food and culture in Canada 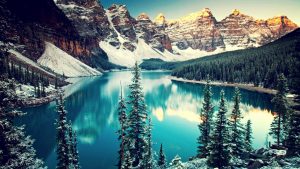 Food is the soul of any country, not only Canada. Almost all the time, food becomes a representation of what the place is like. For example, if you are on the coast, you find more of seafood-loving communities. Even jobs feature around this detail and generate employment for the locals.

Food and culture go hand in hand with each other. First, let us look at some of the cities and towns in Canada and what kind of food they cater to. Later we shall look into some of the food that is hailed to be the Canadian delicacies.

Best Canadian foods that are a must-try 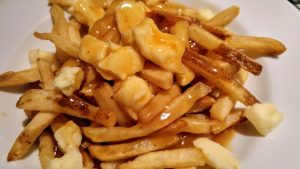 Poutine consists of cheese curd, gravy, and crispy fries. Toppings like pulled pork, braised beef, bacon, and smoked meats are used popularly to top this off.

Simple tarts that are made from a flaky pastry as a base shell for the pies. For the filling, a combination of sugar, butter, and eggs is used—typical Canadian treat, a must-try. 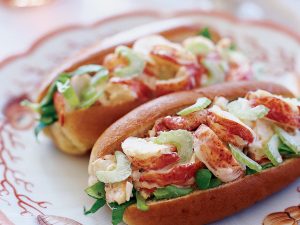 East coast lobsters from Nova Scotia are a delight to eat. Rolls baked and topped with cooked lobsters are spectacular considering the coast to coast outreach of Canada. The salmon smoked salmon, arctic char, and lobsters are a preferred seafood choice.

Montreal bagels are denser than usual bagels. They are prepared more sweetly and are thinner than the typical NYC bagel. Woodfire ovens churn out these bagels, usually topped with sesame or poppy seed, and are a treat across Canada.

Every city and respective communities have a peculiar taste they like. Let us look at some famous cities in Canada and delve into what their eating looks like.

Quebec is a city in Canada that has a lot of these early inhabitants. They are not subject to much change, and the food culture stays traditional and pretty much the same for decades. Quebec has rich dishes bathed in conventional cooking methods and flavors to die for. The food here needs to rich due to the harsh winter conditions. Ham and pea soup, poutine is some of the dishes that rule the roost.

The cuisine of Montreal has to have an elaborate discussion. Why? It has evolved and grown over the ages; it is only fair. Montreal, at one point, had a lot of Jewish immigrants. Due to this, there are a lot of delis and kosher culture that prevails even till today. It is one of the signature foods marks of this city. The deli foods and kosher steaks are a staple of the fraternity here. It has become famous for its food that “Montreal” is a kind of seasoning done on bakery items and cooked meals.

British Columbia has a climate that is slightly warmer than the rest of the places. Due to this, you have friendly, fresh produce that lines up in the markets. Snacks like chips and dips, doughnuts, maple candies, and macaroni and cheese. Apart from all the sweetness, the salmon is a popular and frequent feast ta everyone’s dinner table. The sock eyed salmon is a unique delicacy that gets served here.

Ottawa is a cold part of Canada. It is famous for beavertails. Beavertail is a doughnut variant. It is a bigger size of modification and comes in a crisp cinnamon flavor.

Toronto has extremely cold weather. Its severe weather conditions are not seasonal but all year round. Its food habits include a lot of meat varieties. Famous dishes are poutine and peameal bacon. Poutine is a combination of cheesy fries with beef gravy. Peameal bacon is cornmeal bacon. It is made from wet, uncured bacon from the trimmed lean boneless pork loin. Toronto has a lot of Chinese cuisine throughout the city as well.

When we move toward to the West coast of Canada, we encounter a quaint city called Calgary. Calgary has a lot of local and locally foraged cuisine. Alongside this produce, Calgary leads in the innovation of booze like Bloody Mary. Bloody Mary and Canadian rye whiskey are leading products of the brand’s Mott’s. Calgary is famous for its poutine due to its fresh homegrown produce, which is a delicacy due to its lovely quality of cheese curds.

Canada, as a country, is a mix of sweet and savory food. It attracts thousands of tourists because of its scenic landscape and delicious food that tantalizes the senses. Indigenous cuisine, through fresh and local produce foraged foods and innovative flavors, defines the food canvas of this country.

I'm a computer engineer by degree and a passionate writer and a blogger by choice. When I'm not engrossed in words, you can find me chilling out in cafes, reading typical self-finance books. I love to travel and meet people from different walks of life. For me, it's all about buying experiences instead of material stuff.
Republished | Exploring Dubai (Part 2) – Culture & Customs How To Avoid The Worst Skincare Mistakes That Make You Look Older